HOMES FOR SALE IN WESTFIELD, NJ 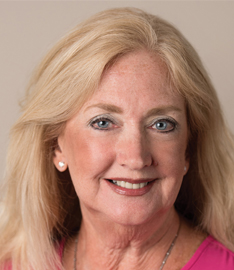 Search for Open Houses this Weekend in Westfield, NJ

Search for Homes for Sale in Westfield, NJ by School District

Search for Homes for Sale in Westfield, NJ by Zip Code 07091

Search for Homes for Sale in Westfield, NJ with 30 min Commute Time arriving at 9am

Find Out What the Real Market is Doing in Westifeld, NJ!

Subscribe to gain access to recently sold, new listings, school information and so much more for listings in Westfield, NJ

Find Your Perfect Home, Condo, Townhouse, Investment Property for Sale or Rent in a Nearby Town to Westfield, NJ

Primarily residential in nature, Westfield Town enjoys a level of cultural activity that is rare in a smaller town.  In addition to local symphony and theatre, the central business district features emporiums devoted to books, music, and art.  The community offers an attractive cityscape, excellent schools, and a vibrant downtown district.  A prosperous area graced by substantial housing and scenic parks, Westfield attracts newcomers to an atmosphere of civic pride and community involvement.  Recreational amenities include regional and local parks, sports facilities, a golf course, tennis courts, and private clubs.

In 2004, Westfield won the Great American Main Street Award from the National Trust.  In 2010, Westfield was the winner of the America in Bloom contest for communities with a population of 25,001 - 50,000.  Shopping and dining in Westfield also attracts citizens from other communities across the State of New Jersey.

Students in Kindergarten through 12th grade attend the Westfield Public Schools. The district has a central kindergarten, along with six grade 1 - 5 elementary schools and two grade 6 - 8 middle schools divided by a "North Side / South Side" boundary, as well as a single high school.

There is also a Middle States accredited Catholic school, Holy Trinity Interparochial School, run by the three parishes of Holy Trinity in Westfield, St. Helen's in Westfield and Our Lady of Lourdes in Mountainside, which offers education from Pre-Kindergarten to 8th grade.

Union County College, a community college, is located in nearby Cranford (1033 Springfield Ave).

Westfield Town dates back to 1664 when Elizabethtown was first settled, and the "west fields" included the area west of the Cranford River.  In 1727, the founding of Presbyterian Church helped create a village identity for Westfield.

During the Revolutionary War, in 1777 found British army camps in Westfield, but contrasting, many Westfielders help defeat British at the Battle of Springfield in 1780.
in 1838, the first railroad arrived in town - Elizabeth to Somerville, which made the stagecoach lines obsolete.

Westfield had changed little since Revolutionary War and was just a small farming village, but in the late 1860's, after the Civil War ended, there was a period of major growth - new churches, Fairview Cemetery, new stores, more people - transforming Westfield from a sleepy village to a bustling town.

In 1910, the Westfield population was 6,420, and slowly increased until the mid 50s growth period where four new schools were built as population of the town increased, until 1970 when the population reached 33,720.