HOMES FOR SALE IN WATCHUNG, NJ 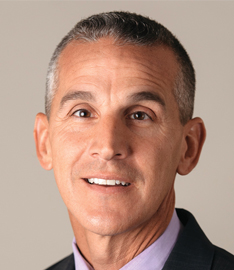 Receive E-mail notifications when properties meeting your search criteria in Watchung, NJ come onto the market or just keep up to date on what is happening in your own neighborhood.

The Stony Brook flows through Watchung borough, making its way from Warren Township to the Watchung Lake, then through the gorge in the first Watchung mountain and over the Wetumpka Falls, on its way to the Green Brook.

Watchung was formerly known as “Green Valley” and “Washingtonville.”  In the early 1900s, Washingtonville sought to gain its own post office.  It was discovered that another town by the name of Washingtonville existed in the state of New Jersey.  The village then changed its name to Watchung.

In the 19th century, Watchung was a fairly wealthy section of the county due to its valuable stone quarries.  Wallace Vail opened the first quarry in 1864.  Stone was initially taken from the quarry to build local churches and hotels. It was later used for bridges and foundations of buildings throughout the state.  Stone from the quarry was also used to lay Route 22.  In 1894, a concrete dam was built on Watchung Lake that allowed for the development of a new industry in Watchung – ice cutting.

Watchung, from the 1900s was a semi-rural small community of about 3,200 people in comparison with the relatively much larger cities of Plainfield and Somerville.  Even as late as the 1960s, it was common for residents to know one another by name, with few moving in or out of the town.  The 1967 Plainfield riots, however, caused an exodus of the large upper-middle class population from the nearby cities to move to the Watchung Hills area to towns such as Watchung, Warren Township and Bridgewater Township.  It was at this time that Watchung became a bedroom community and the average income and median house prices soared.

Find Your Perfect Home, Condo, Townhouse, Investment Property for Sale or Rent in a Nearby Town to Watchung, NJ