HOMES FOR SALE IN SUMMIT, NJ 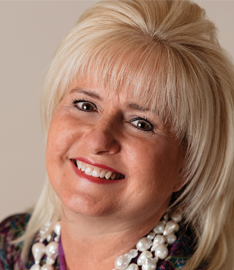 Receive E-mail notifications when properties meeting your search criteria Summit, NJ come onto the market or just keep up to date on what is happening in your own neighborhood.

Newcomers to the community will discover many beautiful, spacious homes on generous lots that are further enhanced by the city's location on the ridge of the panoramic Watchung Mountains.  Attractive to potential homeowners, Summit City is known for progressive services and well-kept neighborhoods that show pride of ownership.

Service on the New Jersey Transit Gladstone Branch and Morristown Line is available at the Summit station.  Trains go to Hoboken Terminal, and from there, a PATH subway train can take passengers to downtown Manhattan or to 33rd street at Sixth Avenue.  There is direct service from Summit to New York's Penn Station in midtown.  Trains run hourly to Manhattan, and run more frequently during rush hours which also have express trains which bypass local stops between Summit and Newark.

Newark Liberty International Airport in Newark / Elizabeth is approximately 15 minutes away via Interstate 78.

- Summit's Memorial Field -- located on Tulip St. and Ashland Avenue, has eight newly-refurbished (2008) tennis courts; 2 outdoor basketball courts, a children's play area, several large fields used for baseball and soccer, a track, parking, and the Cornog Field House.
-  The Summit Opera House -- located at 2 Kent Place Blvd, was originally built in the 1890s by the Woman's Christian Temperance Union as a dry entertainment hall and local W.C.T.U. meeting place.  It currently houses Winberie's restaurant on the ground floor, and a church, office space, and apartments on the upper floors.
-  Summit Public Library -- offers a wide range of books, CDs, DVDs, internet access, special programs, and is centrally located at the corner of Maple Street and Morris Avenue.
-  Our Lady of the Rosary monastery -- is located on 543 Springfield Avenue.
-  Newman Hall is one of Summit's first mansions, built in the late 19th century. It stands at the corner of Morris Avenue and Bedford Road (14 Bedford Road), and was lived in for many years by the Truslow family.  Today it houses offices and classrooms used by its owner, Oratory Prep School.
-  The Grand Summit Hotel -- located at 570 Springfield Avenue, hosts different events, including stockholder meetings.
-  The Summit Playhouse -- located at 10 New England Avenue, features live dramatic performances.
-  The Visual Arts Center of New Jersey -- located on Elm Street diagonally across from the Summit Middle School, is a regional art center with a professionally recognized art school and an exhibition program.
-  The Short Hills Mall -- in Millburn, New Jersey is a mile away from the Summit downtown.
-  Reeves-Reed Arboretum -- owned by the city, at 165 Hobart Ave., and open to the public from sunrise to sunset, free of charge, every day of the year
-  The DeBary Inn -- Another historic building in Summit (265 Springfield Avenue),  built in 1880 by Frederick DeBary.  It remained a private residence until 1923 when it became an inn and has been one ever since.
-  Watchung Reservation -- Borders Summit to the south
-  Carter House -- at 90 Butler Parkway, Summit's oldest known structure, built in 1741, now home to the Summit Historical Society
-  Summit Farmers Market -- located at DeForest Avenue & Maple Street, Park & Shop Lot #2 between Summit & Maple Streets, on summer and fall Sundays, 8am-1pm.
- Canoe Brook Country Club - 1108 Morris Turnpike, Summit, NJ
- Summit Golf Course - 189 River Road, Summit, NJ

The city name, besides the obvious derivation from its position atop the Second Watchung Mountain, has had other theories offered to account for the city's name.  The house in which Jurist James Kent lived starting in 1837 called Summit Lodge (today standing at 50 Kent Place Boulevard), and a local sawmill owner who granted passage to the Morris and Essex Railroad for a route required to climb to "the summit of the Short Hills" have both been offered as the source of the city's name.

The region in which Summit is located was purchased from Native Americans in 1664.  Summit's earliest European settlers came to the area around the year 1710.  The original name of Summit was "Turkey Hill" to distinguish it from the area then known as "Turkey" (New Providence's original name until 1759).  During the American Revolutionary War period, Summit was known as "Beacon Hill", because bonfire beacons were lit on an eastern ridge in Summit to warn the New Jersey militiamen of approaching British troops.

Summit was called the "Heights over Springfield" during the late 18th century and most of the 19th century, and was considered a part of New Providence.  During this period, Summit was part of a regional government called Springfield Township, which eventually broke up into separate municipalities.  Eventually only Summit and New Providence remained joined.

Lord Chancellor James Kent, who was the Chancellor of New York State and who wrote Commentaries on American Law, retired to this area in 1837 in a house he called Summit Lodge, a source that has been cited as naming the City of Summit.  He lived in Summit between 1837 and 1847 in a small lodge on what is now called Kent Place Boulevard.  The original lodge is now part of a large mansion, at 50 Kent Place Boulevard, opposite Kent Place School.

In 1837, the Morris and Essex Railroad, which became the Delaware Lackawanna and Western Railroad and is now the New Jersey Transit's Morris and Essex Lines, was built over what was then called "The Summit" hill, and the name was later shortened to Summit.  Before the railroad, neighboring New Providence had more residents than Summit, but the railroad line changed that, with Summit outgrowing its neighbor which didn't have a train station at first.

In 1868, a hotel named "The Summit House" burned beside the railroad.  In 1869, Summit and New Providence separated and the Summit area became the "Township of Summit".  In the late 19th century, the area began shifting from farmland to wealthy estates; in 1892, renowned architect C. Abbott French cleared away a crest of a "summit ridge", removing "an impenetrable tangle of wild vines ... and myriads of rattlesnakes," to build a house with a view of New York City, The Times Building, and the Brooklyn Bridge.  The present-day incarnation of Summit, known formally as the City of Summit, was incorporated in 1899.

Increasingly, in the 19th century, Summit served as a nearby getaway spot for wealthy residents of New York City in search of fresh air and a convenient weekend getaway.  Weekenders would reach Summit by train and relax at large hotels and smaller inns and guest houses.  In addition, it was often a "summer destination" for residents of New York City. Calvary Episcopal Church was built in 1894-1895 and was described as a "handsome new house of worship".

In the late 19th century and early 20th century, silk weaving was a significant business in the city, but it declined in the early decades of the 20th century; in 1915, there was a strike at the Summit Silk Company on Weaver Street.  In the early 20th century, there was much building activity; in 1909, one report suggested at least 40 residences were being built with costs varying from $4,500 to $45,000, making it "one of the greatest periods of building activity this place, the Hill City, has known."

A new railway was constructed from what was then-called New Orange.  The Rahway Valley Railroad connected Summit with the defunct Delaware, Lackawanna and Western Railroad (DL&W).  In the early 20th century, both freight and passenger service were offered by this line which is currently out of service, although in 2009, Union County was exploring the possibility of reactivating the line for freight traffic.

A trolley line called the Morris County Traction Company, once ran a passenger trolley through Summit to/from Newark and Morris County, in the early part of the 20th century. Broad Street in Summit was designed and built for the trolley, which is why it is wider and straighter than most streets in the city. Portions of the rails could still be seen on it as late as the 1980s.

Following World War II, the city experienced a great building boom, as living outside New York City and commuting to work became more common and the population of New Jersey grew.  At this point, Summit took on its suburban character of tree lined streets and architect-designed houses that it is known for today.  The Velvet Underground played their first paid concert at a Summit High School prom.

Find Your Perfect Home, Condo, Townhouse, Investment Property for Sale or Rent in a Nearby Town to Summit, NJ