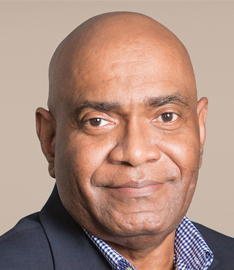 In Today's Market You Need to Move Fast...

Receive E-mail notifications when properties meeting your search criteria come onto the market or just keep up to date on what is happening in your own neighborhood.

South Plainfield is located nearby Interstate 287 and is in close proximity to the NJ Transit Raritan Valley Line.

Historically, the area that later became South Plainfield’s landscape was a fertile hunting ground for the Lenape Indians.  A tribe of these Native Americans who lived here were called “Raritaing” from which the name “Raritan” was derived.

South Plainfield was included in the “Elizabethtown Purchase” of 1664 as a part of Piscataway Township. The name “Piscataway” came from the “Piscataqua” Indians of Maine.  Piscataway Township encompassed all of the land from Woodbrige to the southern most part of Middlesex County, including what later became New Brunswick, Spotswood, Millstone, Princeton and Cranbury.

Most of the first settlers were of Scottish descent although some Quakers also lived here.  Logging was a significant industry of the time and a major operation was established along the Cedar Brook where a sawmill and gristmill were started in 1732.

Two hamlets developed in the mid 1700’s. “Sampton” was located at the junction of what is now Sampton and Clinton Avenues, which was the main road from Elizabeth to New Brunswick.   The second hamlet was called “Brooklyn” and it was located at Front Street and South Plainfield Avenue.  Brooklyn is where the families of the men who worked at the gristmill and the sawmill on the Bound Brook lived.   The remaining land in South Plainfield was occupied by what then was considered small farms of less than two hundred acres.

This area of New Jersey was occupied by the British from December 2, 1776 to June 22, 1777.  Much activity took place in this vicinity during the spring and summer of 1777.  There were continuing British and Continental Army movements between Perth Amboy and New Brunswick.

In 1834 there were 8 to 10 dwellings in Brooklyn and 10 to 12 dwellings in Sampton where the tavern and store were located.  Samptown School had over 100 students.  The first post office in 1877 was under the name of “New Brooklyn”.

It was changed to South Plainfield about ten years later--not because that was the name of town, but it was because of our proximity to Plainfield, which was a leading economic and social force in central New Jersey.  The Lehigh Valley Railroad extended its line here for the same reason.  The railroad established a storage yard and repair shop and along with it came its laborers who were mostly Irish immigrants.

During the 1920’s South Plainfield, which was still a part of Piscataway Township, began to acquire an identity of its own.  The area known as New Brooklyn became the center of town.  In 1924, an airport was built on John Hadley’s farm mainly for the use of the U.S. Postal Service.  The first night airmail flight took off on July 1, 1925 and it took only 33 ½ hours to fly coast to coast.   After receiving permission from Piscataway Township and the State of New Jersey, South Plainfield was officially incorporated on March 12, 1926.

South Plainfield’s suburban character was established after World War II when the Geary Farm on Plainfield Avenue was developed into what became known as Geary Park.  Shortly thereafter various housing developments sprang up throughout the north side of the Borough increasing South Plainfield’s population from 8,000 in 1959 to 18,000 in 1960.

Commercial and Industrial uses were attracted to the borough in the 1960’s and 70’s.  The highlights were the construction of the Golden Acres Shopping Center, the Middlesex Mall and the Prudential Building.  In the bicentennial year of 1976, South Plainfield’s population was 23,000.   It remains at approximately that number today.

Find Your Perfect Home, Condo, Townhouse, Investment Property for Sale or Rent in a Nearby Town to South Plainfield, NJ