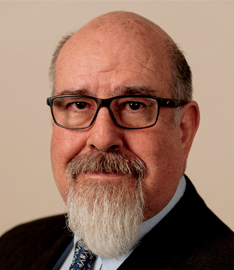 Receive E-mail notifications when properties meeting your search criteria in New Providence, NJ come onto the market or just keep up to date on what is happening in your own neighborhood.

New Providence Borough is an established residential community graced by gentle the hills and winding roads of the western slope of Second Watchung Mountain.  New Providence is bordered to the north by Chatham Township, across the Passaic River Berkeley Heights lies to the southwest and south, and Summit to the east. Much of the unincorporated area of Murray Hill lies in New Providence, with the remainder in Berkeley Heights.

New Providence is also home to a private Catholic elementary school in the Archdiocese of Newark, The Academy of Our Lady of Peace.  Accredited by the Middle States Association of Colleges and Schools, The Academy has students in PreK-3 through Grade 8.

Transportation service on the New Jersey Transit Gladstone Branch of the Morris & Essex Lines is available at the New Providence Station, offering service to Hoboken Terminal and to Penn Station in Midtown Manhattan.  All other rail service is to or from Hoboken. These trains connect at Summit or Newark Broad Street with Manhattan-bound trains.

- The Presbyterian Church is a historic church in the center of town.
- The Village Shopping Center is a shopping center in the middle of downtown. - Just outside of New Providence is Alcatel-Lucent, in Murray Hill.  The transistor and laser were invented in this Bell Laboratories when it was part of AT&T.
- Our Lady of Peace is a Roman Catholic church and school located on South Street.  Once every spring, for three days, the parking lot at OLP becomes the home of the town's OLP fair.
- Baxter Pharmaceutical Products has a facility in town, located at 95 Spring Street, New Providence
- Passaic River Parks provide open space and woods along the serene river.
- Great Swamp National Wildlife Refuge in nearby Basking Ridge, established in 1960 and provides eight miles to hike or watch birds in this wooded wetland.
- Watchung Reservation in nearby Mountainside NJ, Watchung Reservation is the largest park in neighboring Union County.

The written history of New Providence begins in 1664 when James, Duke of York and brother to King Charles II, purchased the land from the Lenni Lenape Native Americans. This acquisition was known as the Elizabethtown Tract.

Its first European settlers were members of a Puritan colony established in 1720, which was the first permanent settlement of its type.  The settlement was originally called Turkeytown, due to the presence of wild turkeys in the area.

According to local tradition, George Washington spent the night in a local home, which still stands to this day.  Supposedly, the local stream, Salt Brook, is named for an incident when the salt supply of the colonial village was dumped into the brook to prevent passing British soldiers from taking it. Ironically, the British Army never crossed the Watchung Mountains into this region. Salt Brook winds through town, starting near the eponymous Salt Brook Elementary School.

In 1794, Springfield Township was formed, which included the present-day township, along with the towns of Summit, New Providence, and Berkeley Heights.

In 1899, New Providence also withdrew from the New Providence Township and was reincorporated as a borough.  Due to acts of the New Jersey Legislature that made it economically advantageous for communities so do so,  many communities within townships were reverting to small, locally-governed communities at that time.

New Providence is a semi-dry town.  There are no bars, and no restaurants are permitted to sell alcoholic beverages.  Retail liquor sales are legal, however, and restaurant-goers may bring their own alcoholic beverages.  In 2011, the borough announced that it was considering issuing on-premises liquor licenses, which could bring in as much as $500,000 for each bar granted a license, with plans to use the money raised to pay for improvements to recreation areas.

Find Your Perfect Home, Condo, Townhouse, Investment Property for Sale or Rent in a Nearby Town to New Providence, NJ