HOMES FOR SALE IN MORRISTOWN, NJ 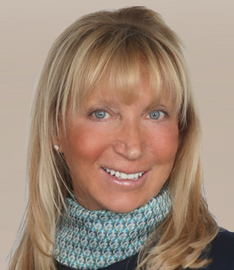 Find Homes for Sale in• Chester

Find Homes for Sale in• Denville

Find Homes for Sale in• Dover

Find Homes for Sale in• Hackettstown

Find Homes for Sale in• Hopatcong

Find Homes for Sale in• Jefferson

Find Homes for Sale in• Kinnelon

Find Homes for Sale in• Madison

Find Homes for Sale in• Mendham

Find Homes for Sale in• Montville

Find Homes for Sale in• Parisppany

Find Homes for Sale in• Randolph

Find Homes for Sale in• Roxbury

Find Homes for Sale in• Sparta

Homes for Sale in Morristown

Morristown became characterized as "the military capital of the American Revolution" because of its strategic role in the war.  Today this history is visible in a variety of locations throughout the area that collectively makes up Morristown National Historic Park.

Morristown offers many modern delights as well as historical highlights, including a friendly downtown with interesting shops, restaurants and entertainment.  The downtown shopping and business district of Morristown is centered around a square park, known as the Morristown Green.

The Morris School District is a regional public school district that serves the communities of Morristown and Morris Township, and as part of a sending/receiving relationship, high school students (grades 9-12) of Morris Plains.  Within the district there are three primary schools (K-2), three intermediate schools (3-5), one multi-age magnet school (K-5), one middle school (6-8), and one high school, Morristown High School.

The Rabbinical College of America, one of the largest Chabad Lubavitch Chasidic yeshivas in the world is located in Morristown.  The Rabbinical College of America has a Baal Teshuva yeshiva for students of diverse Jewish backgrounds, named Yeshiva Tiferes Bachurim.  The New Jersey Regional Headquarters for the worldwide Chabad Lubavitch movement is located on the campus.

Morristown has attempted to implement transit-oriented development. Morristown was one of the first five “transit villages” designated in New Jersey in 2000.  In 1999, Morristown changed its zoning code to designate the area around the train station as a “Transit Village Core” for mixed-use.  The designation was at least partly responsible for development plans for several mixed-use condominium developments.

There is a small Morristown airport, but it services private jets only.

- The Community Theatre at Mayo Center for the Performing Arts -- located at 100 South Street, Morristown, is for music and theater performances, including the Colonial Symphony of Morristown and bringing global-quality theater to town.
- Morris Museum -- is home to the world-renowned Murtogh D. Guinness Collection of finely crafted, animated mechanical musical instruments and automata.
- Morristown & Erie Railway -- is a local short-line freight railway, has its main office, yard, and shop in Morristown.
- The Seeing Eye -- is a guide dog school, has been based in Morristown since 1929.  It was the first such school in the nation.
- Morristown Farmers Market -- is located at the corner of Spring Street & Morris Street, Public Parking Lot #10, Dumont Place, behind Post Office, on summer and fall Sundays, 8:30 am - 2 pm.
- The New Jersey Minutemen -- are a professional inline hockey team that competes in the Eastern Conference of the Professional Inline Hockey Association.
- The United States Equestrian Team -- the international equestrian team for the United States, was founded in 1950 at the Coates estate on van Beuren Road in Morristown.
- Morristown has a cricketing club, the first in North America.
- The Morristown 1776 Association Football Club -- is a Soccer club that competes in the North Jersey Soccer League and MCSSA.
- The only heroic statue of Thomas Paine in the United States is located in Morristown Town Square.
- One of the few statues depicting an unblindfolded Lady Justice adorns the facade of the Courthouse in town.

Historic Points of Interest in Morristown

- Alstede's Farm -- The Alstede family asks you to stop for fresh produce, visit their farm animals or simply seek quiet solace and escape from the rat race by visiting the farm.
- Catholic Church of the Assumption -- formed by Irish immigrants, for many years this church marked the heart of the "Little Dublin" neighborhood.  This building is now the oldest church building in Morristown.
- First Baptist Church -- was the second church founded in Morristown in 1752 by a gathering of 17 people.
- First Presbyterian Church -- one of Morristown's oldest establishments.  During the American Revolution, George Washington reportedly worshiped and took communion here; and the church became a hospital for soldiers.  This is the fourth Methodist Church structure; the congregation outgrew the first two; and the third church dedicated in 1870 was destroyed fire in 1972.  This fourth Methodist church was reconstructed using stone from the tower and front wall of the third church.
- Frelinghuysen Arboretum -- The 127-acre grounds include a number of stunning theme gardens as well as specialized collections of shrubs and trees surrounding a magnificent Colonial Revival mansion!
- Fosterfields Living Historical Farm -- located at 73 Kahdena Rd., is a 200-acre farm using turn-of-the-century methods. There are farm animals, picnic tables and The Willows, an 1854 Gothic Revival house built by Paul Revere’s grandson Gen. Joseph Revere.
- Macculloch Hall -- boasts the oldest garden in Morris County. Incorporating original plants and landscape features, the garden displays includes 40 varieties of heirloom roses, a favorite of local artists. Lunch is served on the enclosed porch.
- Morris Museum -- located at 6 Normandy Heights Rd, has free admission on Thursdays from 5PM-8PM.
- Schuyler-Hamilton House -- Where Washington's aide, Colonel Alexander Hamilton, courted houseguest, Betsy Schuyler. The house-museum is now owned by the Daughters of the American Revolution.
- Town Green -- Used in the early 1700's as a pasture for animals and as a training ground for the local militia.  Arnold's Tavern once stood on the west side and served as General Washington's headquarters during the winter encampment of 1777.  A monument now stands at a corner of the Green entitled "Soldier at Rest" honors the men who lost their lives in the Civil War.

The Morristown area was inhabited by Native Americans for more than 2,800 years prior to exploration by Europeans. The first European settlements in this portion of New Jersey were established by the Swedes and Dutch in the early 17th century, when a significant trade in furs existed between the natives and the Europeans at temporary posts. It became part of the Dutch colony of New Netherland, but the English seized control of the region in 1664

In British colonial records, the first permanent European settlement at Morristown occurred in 1715, when a village was founded as New Hanover by migrants from New York and Connecticut. Morris County was created in 1739, from portions of Hunterdon County. The county was named for the popular Governor of the Province, Lewis Morris, who championed benefits for the colonists.

In 1777, General George Washington and the Continental Army marched from the victories at Trenton and Princeton to encamp near Morristown from January to May. Washington had his headquarters during that first encampment at Jacob Arnold's Tavern located at the Morristown Green in the center of the town. Morristown was selected for its extremely strategic location (between Philadelphia and New York and near New England). It was also chosen for the skills and trades of the residents, local industries and natural resources to provide arms, and what was thought to be the ability of the community to provide enough food to support the army.

That first Headquarters, Arnold's Tavern, was eventually moved .5 miles (800 m) south of the green onto Mount Kemble Avenue to become All Souls Hospital in the late 19th century. It suffered a fire in 1918, and the original structure was demolished, but new buildings for the hospital were built directly across the street.

During Washington's stay, Benedict Arnold was court-martialed at Dickerson's Tavern on Spring Street in Morristown, for charges related to profiteering from military supplies at Philadelphia. His admonishment was made public, but Washington quietly promised the hero, Arnold, to make it up to him.

Alexander Hamilton courted and wed Betsy Schuyler at a residence where Washington's personal physician was billeted.  Locally known as the Schuyler-Hamilton House, the Dr. Jabez Campfield House is listed on both the NJ and National Registry of Historic Places.

The Morristown Green has a statue commemorating the meeting of George Washington, the young Marquis de LaFayette, and young Alexander Hamilton depicting them discussing aid of French tall ships and troops being sent by King Louis XVI of France as support for the budding nation. Benjamin Franklin and LaFayette had much to do with this critical alliance.

Morristown's Burnham Park has a statue of the "Father of the American Revolution", Thomas Paine, who wrote the best selling booklet Common Sense, which urged a complete break from British rule.  The bronze statue, by sculptor Georg J. Lober, shows Paine in 1776 (using a drum as a table during the withdrawal of the army across New Jersey) composing Crisis 1.  He wrote These are the times that try men's souls .... The statue was dedicated on July 4, 1950.

Samuel F. B. Morse and Alfred Vail built the first telegraph at the Speedwell Ironworks in Morristown on January 6, 1838.  The first telegraph message was A patient waiter is no loser.  The first public demonstration of the invention occurred eleven days later as an early step toward the information age.