HOMES FOR SALE IN MONTCLAIR, NJ 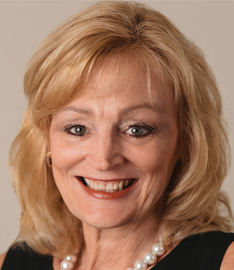 Find Your Perfect Home, Condo, Townhouse, Investment Property for Sale or Rent in a Nearby Town to Montclair, New Jersey

Find Homes for Sale in• Belleville

Find Homes for Sale in• Bloomfield

Find Homes for Sale in• Caldwell

Find Homes for Sale in• Clifton

Find Homes for Sale in• Irvington

Find Homes for Sale in• Maplewood

Find Homes for Sale in• Montville

Find Homes for Sale in• Newark

Find Homes for Sale in• Nutley

Find Homes for Sale in• Orange

Find Homes for Sale in• Totowa

With approximately 39, 000 residents covering more than six square miles, Montclair’s popularity is largely due to its charming neighborhoods and central location. To support this observation, the August 2010 issue of Travel and Leisure magazine cited the Township as one of “America's Coolest Suburbs”.

Montclair’s unique shops, art galleries, restaurants and cultural attractions - as well as its magnet school system and non-partisan town council government - combine to make it one of the best suburban destinations in the country. Its many diverse neighborhoods make a visit even more interesting:

With seven rail stations located throughout the Township, the Montclair/Boonton Line of New Jersey Transit brings area commuters and visitors to and from New York City and Hackettstown.

The Township is located 13 miles from Newark Liberty International Airport,

Montclair public schools are a magnet school system. The district consists of the following:

Once a part of the Lenape Indians’ homeland, Montclair has witnessed great growth and change.

During the Revolutionary War, the area provided observation points for following the movements of the British to the east. A strong tradition holds that both George Washington and the Marquis de Lafayette stayed here in October of 1780.

The emergence of railroads proved to be a significant event in Montclair’s growth. In 1856, the Newark and Bloomfield Railroad Company began regular service to West Bloomfield. The population of the community grew rapidly as New York businessmen and their families, as well as a notable artist colony, began building homes along the mountainside.

The period following World War II was marked by tremendous expansion of the metropolitan area, with Montclair preserving its character as a gracious residential community while at the same time serving as a commercial center.

Numerous art galleries, all of which are free and open to public, can be discovered throughout the Township. These include:

The Wellmont Theater continues to attract and feature the hottest acts and biggest names from around the music world.

Originally live theaters, the Bellevue Theater in Upper Montclair and Clairidge Cinema on Bloomfield Avenue each offer the latest movies on multiple screens as well as documentaries and award-winning independent films.

The Presby Memorial Iris Gardens - established 1927 and listed on The State and National Registers of Historic Places - bloom in mid-May to early June.

The Van Vleck House and Gardens span 5.8 acres and provide a representation of the large homes built in Montclair in the late 1800s.

The Yogi Berra Museum and Learning Center (on the campus of Montclair State University) is an enjoyable museum for sports (particularly Yankees) fans of all ages. It also presents culturally diverse, sports-based educational programs and exhibits.

The adjoining Yogi Berra Stadium is home to the New Jersey Jackals minor (Can-Am League) baseball club. A great and affordable way to spend a summer evening with the family!

Floyd Hall Arena, an ice rink located on the grounds of Montclair State University, hosts its own Ice Hockey club, while various other hockey leagues, teams and on ice sports play there as well.

With over 153 acres of preserved Township parkland (and over 123 acres of County parkland), Montclair has plenty of opportunities for outdoor fun and relaxation. If you like to walk and hike, there are plenty of parks and hills, since the town is situated on the First Mountain of the Watchung Mountains.

The Montclair Community Band offers musicians the opportunity to meet and play with fellow seasoned band members and support thire community at the same time.