HOMES FOR SALE IN METUCHEN, NJ 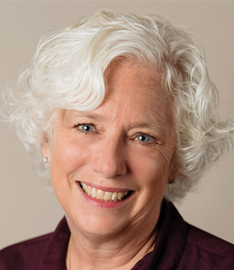 Receive E-mail notifications when properties meeting your search criteria Metuchen, NJ come onto the market or just keep up to date on what is happening in your own neighborhood.

Metuchen is defined by friendly neighbors, tree-lined streets, a lively downtown area, an outstanding school system and clean, well-maintained parks and playgrounds. Many annual events are held there, including seasonal parades, arts and crafts festivals, jazz festivals, fireworks and country fairs. Furthermore, a short and simple (35 minute) trip to and from New York City is the icing on the cake for borough commuters.

Affectionately referred to as “the small town with a big heart”, Metuchen thrives on the spirit of its community. Residents take tremendous pride in their town, with many programs and activities offered throughout the year. Perhaps this is why many Borough families –some of whom with generations dating back to the 1700’s – have stayed to raise their children here.

The Metuchen School District provides quality educational experiences for students in Kindergarten through Twelfth Grade, with nearly 100 percent of its high school graduates attending two- and four-year colleges. Metuchen has earned recognition for its excellence, including top national ranking for its schools’ music programs.

Schools within the district consist of the following:

A great community and beautiful homes aside, Metuchen’s steady growth is often attributed to its prime location in the metropolitan area, and its accessibility to points of interest throughout the region. Located 25 miles southwest of Manhattan, commuters have an uncomplicated route to and from New York City by train or bus, as well as to Newark, Trenton or nearby Rutgers University.

The Borough is served by express rail service along the New Jersey Transit Northeast Corridor Line, with a stop at Main Street in Metuchen, bringing you to midtown Manhattan in a little over half and hour. This station also serves as a connection point for New Jersey Transit Bus Service, with connections to Fords, Plainfield, Perth Amboy, Raritan, Piscataway and much of Edison.

Highways surround, but don’t invade Metuchen, as the borough is two miles west of the New Jersey Turnpike and Garden State Parkway, as well as convenient to Interstate 287, Route 440 and U.S. Route 1.

Newark International Airport is 15 miles from Metuchen and Amtrak trains are accessible at the nearby Metro Park station.

Considered part of Woodbridge Township up until 1870, Metuchen did not experience commercial or residential development until the beginning of the railroad era. The twentieth century began with what many residents at the time saw as tremendous improvement - incorporation in 1900.

Built in 1807, the Old Franklin Schoolhouse is a one-room building that served as Metuchen’s first school until 1870. In 1906, it was acquired and restored by the Borough Improvement League and is currently used as a community music venue.

The Metuchen Meetinghouse was built in 1777 and served as headquarters for General William “Lord Stirling” Alexander during the Revolutionary War.

Today, the Borough still resonates with historic flavor, as many of its architecturally unique, older homes have been beautifully restored; retaining their distinctive charm of yesteryear and adding to the overall beauty and distinction that is Metuchen.

For fans of live theater, The Forum Theater located on Main Street is a regional performing arts center for adults, children and family audiences with stage performances and musical theatre.

In Menlo Park, The Thomas Edison Center in Edison State Park is home to a small museum devoted to Thomas Alva Edison's era of extraordinary creativity while living in Menlo Park. The Edison Memorial Tower stands at the former site of Edison’s Menlo Park laboratory.

Shopping and Dining in Metuchen

With an eclectic array of small, independently-owned shops and great restaurants dotting its dynamic downtown area, Metuchen offers something for everyone on a more intimate scale. While residents love the diverse selections and top quality, store and business owners take great pleasure in being a part of the community. Main Street serves as the Metuchen business district’s lively epicenter.

If it’s big name retailers you want, you need only travel a short distance to one of several local malls including the Menlo Park Mall or Tano Mall (Edison), or the Woodbridge Center Mall (Woodbridge).

The largest natural open space in Metuchen, Centennial Park is a 13-acre tract that includes Beacon Hill, the borough’s highest point. Many species of plants and animals, particularly birds, can be viewed from its walking trails.

Thomas Park is a 1.8 acre property with pond, offering recreational opportunities that include fishing, winter ice skating and sleigh riding.

Once a flourishing rail line that was later abandoned, The Middlesex Greenway has since been transformed into a nature trail, winding through Woodbridge, Metuchen and Edison.

As one of the last remaining wetland ecosystems in the state, The Dismal Swamp covers nearly 650 acres, 12 of which are in Metuchen and include a highlands area with forest.

Olmezer Park features a wide-open playground area along with a basketball court.

Find Homes for Sale in• Avenel

Find Homes for Sale in• Colonia

Find Homes for Sale in• Edison

Find Homes for Sale in• Fords

Find Homes for Sale in• Piscataway

Find Homes for Sale in• Sayreville

Find Homes for Sale in• Woodbridge