HOMES FOR SALE IN MARTINSVILLE and Bridgewater, NJ 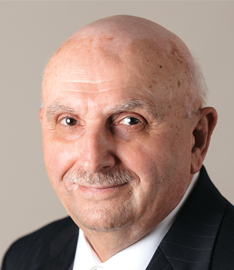 Find Homes for Sale in• Bedminster

Find Homes for Sale in• Branchburg

Find Homes for Sale in• Bridgewater

Find Homes for Sale in• Dunellen

Find Homes for Sale in• Manville

Find Homes for Sale in• Middlesex

Find Homes for Sale in• Readington

Find Homes for Sale in• Somerville

Find Homes for Sale in• Warren

Martinsville is an unincorporated area located within Bridgewater Township in Somerset County, New Jersey.  Martinsville is located in northeastern Bridgewater near Warren Township and Bernards Township.  This also is a very hilly area as it is the portion of Bridgewater through which the Watchung Mountains pass.

Martinsville is a predominantly residential area, though it does have its own commercial center along Washington Valley Road and its own post office.  Their 08836 ZIP Code also extends to the southern extension of Bernards.

During the 1999-2000 school year, Bridgewater-Raritan High School was recognized with the Blue Ribbon School Award of Excellence by the United States Department of Education, the highest award an American school can receive from the federal government.

The Raritan Valley Line of NJ Transit also passes through Bridgewater. There are two stations in the Finderne area, the now-closed Finderne off Finderne Avenue and the Bridgewater station on the old American Cyanamid property.

NJ Transit bus service is provided on the 114 route to the Port Authority Bus Terminal in Midtown Manhattan, to Newark on the 65 line (Limited) and local Wheels service on the 884 and 989 bus routes.

Bridgewater Township is serviced by three local airports, Solberg-Hunterdon Airport to the west in Readington, Somerset Airport to the north in Bedminster Township, and Central Jersey Regional Airport to the south in Manville.  These airports are open to the public and offer charter flight services as well as flight training and other aviation related services.  They operate in all weather conditions and have instrument approaches available for use by pilots in bad weather.

- Washington Valley Park, part of the Somerset County Park System, is located in Martinsville. The park offers extensive hiking and mountain biking opportunities. A notable hike in the park is an hour-long hike around the out-of-use Washington Valley Reservoir that once served Bound Brook, New Jersey.
- The Mount Bethel Baptist Meetinghouse, located about 2 miles north of Martinsville off Interstate 78, is listed on the National Register of Historic Places.
- The Devil's Tree is a solitary oak located in a field on Mountain Road. Legend has it that it is the property of the Devil, and a gateway to Hell.
- There is a Revolutionary War cemetery in the Spring Run section of Martinsville, where soldiers of both American and British troops are buried, along with some early settlers of the area.

Bridgewater Township is located in Somerset County, New Jersey. A relatively large (over 32 square miles) suburban area in the state’s picturesque Skylands Region, it borders 13 other municipalities. The northeastern portion of Bridgewater is where the first ridge of the Watchung Mountains passes through. The north branch of the Raritan River forms the township's western border with Branchburg.

Bridgewater is made up of a number of communities and sections, one of which is the residential hamlet of Martinsville. With its own commercial center, its own post office and ZIP code, Martinsville is home to several interesting New Jersey sights:

Other Bridgewater communities include:

Bridgewater is part of the Bridgewater-Raritan Regional School District. Schools in this district include:

Getting to and from Bridgewater

NJ Transit bus service is provided to the Port Authority Bus Terminal in Midtown Manhattan and to Newark.

With anchor stores Macy’s, Bloomingdale’s and Lord & Taylor, the Bridgewater Commons Mall has something for everyone. Throw in a diverse mix of more than 170 specialty shops and the Village at Bridgewater Commons, a delightful outdoor promenade adjacent to the Mall, and you have one of the best, all-inclusive shopping experiences in New Jersey.

Feel like taking a break from shopping and taking in a movie? Visit the AMC Theaters at Bridgewater Commons and see all the newest releases.

Dining throughout Bridgewater varies from delicious takeout to the ultimate in fine dining. The township offers residents and visitors more than 176 different restaurants, pubs, cafes and fast-food options, with a broad spectrum of cuisine that will satisfy a discriminating…or not so discriminating palate.

Washington Camp Ground is preserved land on which George Washington’s army encamped during the winter of 1778-79.

Washington Valley Park in Martinsville is a great place for a day hike or bike trip. Thomae Park along the eastern side of Bridgewater offers a playground, basketball court, baseball field, and hiking trail.

Other great parks and recreational facilities in the Somerset County Park System include:

The Somerset Patriots, a professional baseball team based in Bridgewater Township, are a member of the Freedom Division of the Atlantic League of Professional Baseball. From the 1999 season to the present, the Patriots have played their home games at the 6,100-seat TD Bank Ballpark.

Lord Stirling Stables provide horse riding activities for riders of all ages and skill levels throughout the spring, summer and fall months.