HOMES FOR SALE IN LIVINGSTON, NJ 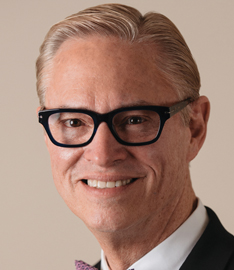 Receive E-mail notifications when properties meeting your search criteria in Livingston, NJ come onto the market or just keep up to date on what is happening in your own neighborhood.

While most “Gateway Region” towns are among the state’s more populated, urban centers, the approximately 28,000 residents of Livingston enjoy a suburban lifestyle with convenient proximity to New York City. What’s more, Livingston’s top-rated schools and diverse community programs continue to attract new residents to the township.

There are nine public schools throughout the Livingston School District that serve students in kindergarten through 12th grade.

Elementary schools (serving Kindergarten through students in grade 5) include:

Livingston High School earned the Blue Ribbon Award from the U.S. Department of Education - the highest honor an American school can achieve. It also ranked among the top public high schools in New Jersey according to New Jersey Monthly magazine (September 2006).

Living less than 22 miles from New York City, Livingston residents can hop a Coach USA (Community Coach) bus to and from the Port Authority Bus Terminal in Midtown Manhattan.

New Jersey Transit train service and PATH can be reached by car or taxi.

Major roadways near Livingston get you where you want to go. These include Eisenhower Parkway, County Route 508, County Route 527, Interstate 280 and State Route 10.

Located on South Livingston Avenue, the Ward-Force House and Condit Family Cook House were originally built in 1745 and are both registered on the National Register of Historic Places. Known today as the Old Force Homestead, this site serves as headquarters for the Livingston Historical Society and the Force Homestead Museum.

Built in 1803, Dickinson House on Dickinson Lane was once visited by President Theodore Roosevelt, who hunted with then-owner David Dickinson. The Washington Place Schoolhouse on Passaic Avenue is a one-room schoolhouse built circa 1800. Both sites are registered on the New Jersey State Historic Site Program.

Located in nearby West Caldwell is the Birthplace of President Grover Cleveland.

Livingston Symphony Orchestra is a group of community-based performers who hold many performances during each season.

Livingston Community Players is a theater organization whose performers are from the Livingston community and throughout New Jersey.

Children's Theatre of Livingston shines a spotlight on Livingston children in grades 2 through 8, providing them with performance opportunities and developing their talents and love for the big stage.

The Livingston Arts Association offers exhibitions, demonstrations, and workshops for local artisans. The organization is a member of Art Council of Livingston, which has a gallery at the Livingston Town Center.

Located atop Riker Hill in Riker Hill Park, the Riker Hill Art Park has a craft center and multiple art studios. Artists work in a variety of media including pottery, metalwork, glass blowing, jewelry, painting, sculpture and photography.Art classes are offered to both adults and children.

Shopping and Dining in Livingston

Channel your inner shop-a-holic (or indulge your outer one) at any of Livingston’s three main shopping areas:

Livingston has over 470 acres of wooded parks. With an active open space fund, the township continues to acquire land for preservation and recreation purposes.

Sports and recreation facilities in Livingston include:

Indoor fitness facilities in the Livingston area include the West Essex YMCA.

Located one mile from Livingston is South Mountain Reservation. Within the Reservation are Turtle Back Zoo and Richard J. Codey Arena (ice hockey/ice skating).

Livingston is comprised of more than 40 volunteer committees and boards which help keep things running. Opportunities to help are always available, with such volunteer-driven groups as:

Zoning Board of Adjustment

Find Your Perfect Home, Condo, Townhouse, Investment Property for Sale or Rent in a Nearby Town to Livingston, NJ